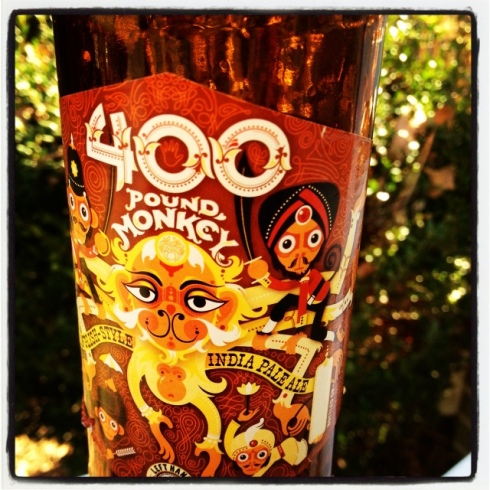 Ever heard of the 400 Pound Monkey? If not, you’re missing out; this English IPA from Left Hand Brewing is delicious!

This fine brew starts out malty and ends with a bitter, but not overpowering, hops flavor. It totally has that “English Bitter” taste to it as well. 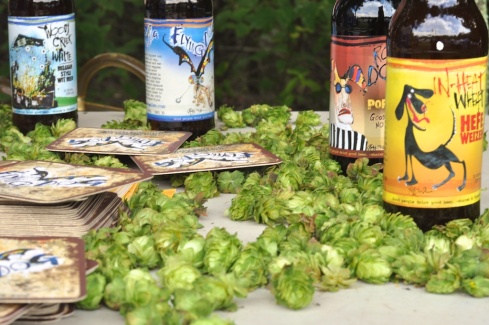 Flying Dog represented with a display of fresh hops, stickers and lots of great beer – at the Mashout Festival this weekend (see my previous post for an explanation of Mashout).  They had two delicious brews on tap, “Raging Bitch” and ” Gonzo”.

The “Raging Bitch” is a Belgian Style IPA which has great body and a lot of hops!  I loved the malty Belgian taste that this beer had and the hoppiness to make this a well balanced beer.  I do believe I filled my glass up a couple of times.  The name, in my opinion, is pretty funny – but I do know they’ve received some grief about it; come on people – it’s beer – have one and lighten up!

The “Gonzo” is an Imperial Porter and full of rich roasted malt.  Think strong coffee, with alcohol!  There is a bit more hops in this Porter than in others I’ve tried – but from trying their other beers, I think Flying Dog just loves the hops!

I’m impressed that Flying Dog donated some of its beers and merchandise to this Maryland event.  While it’s an event of homebrewers – most craft breweries were started by homebrewers! 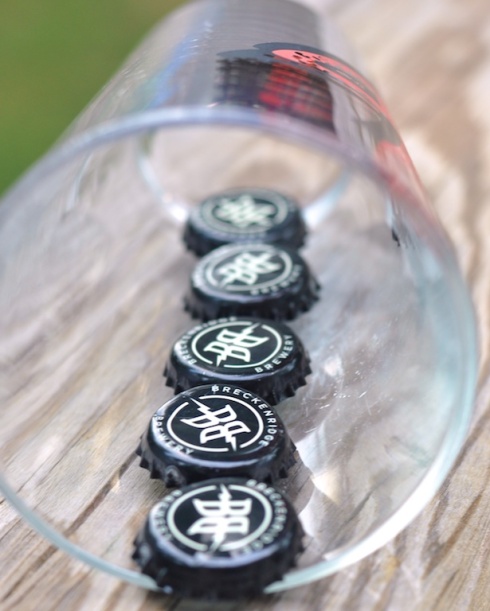 While in the OBX this weekend, we stopped for some brews we hadn’t tried; Breckenridge IPA “Lucky U” was one of them.  As you can see by the number of caps I have, we kinda liked it.  😉  It wasn’t as hoppy as I expected, being an IPA – but in my case, that’s good!  I prefer beers that are hoppy, but yet well balanced with malt flavor.  “Lucky U” delivered that nice crispy hop flavor without going overboard.

I do believe we were the “lucky” ones, picking this tasty brew!  Having this beer as my first Breckenridge beer, I’m excited to try their other flavors – like their Autumn Ale!  Cheers!

Back in Black – IPA 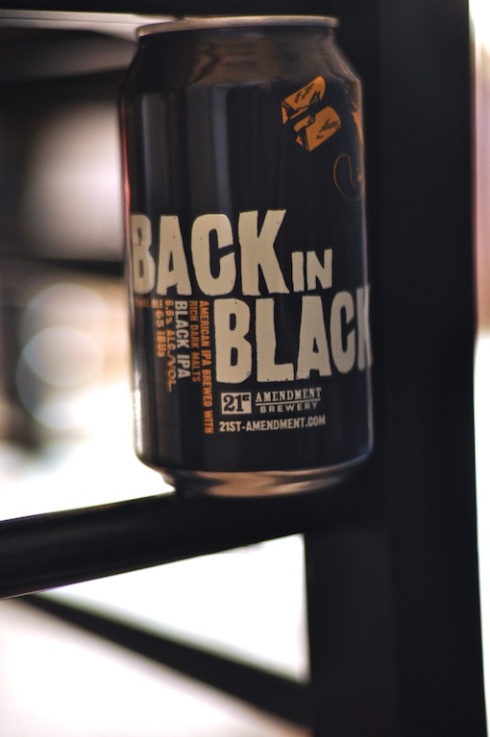 I just love these cans from 21st Amendment Brewing!  There’s nothing like a great beer that has beautiful packaging.

A fellow blogger recommended that I try this “Back in Black” brew, and I’m glad he did.  When I saw it was a “Black IPA”, I wasn’t sure at first, as I didn’t know how a hoppy but yet porter style beer would meld.  Surprisingly, these strong flavors actually reached a smooth balance in this craft brew.  The can was full of roasty goodness, finished with lots of hearty hop flavor.  Yum! 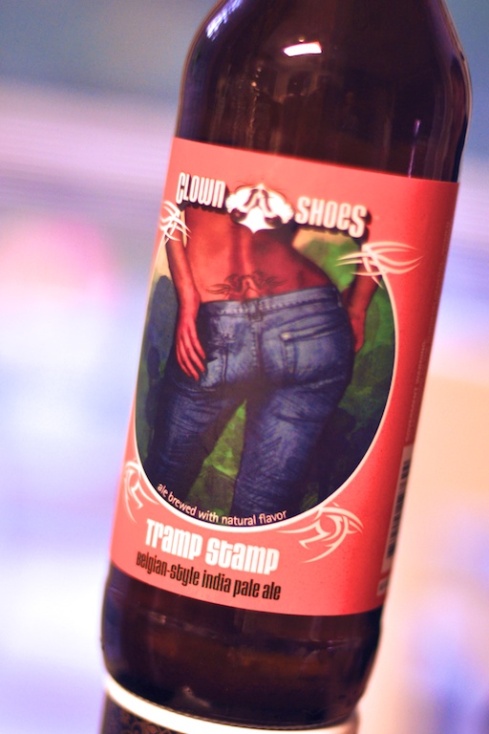 Yes, I admit it, I picked up this beer mainly because of the name and the picture.  I chuckled to myself in the store when I spotted it, and couldn’t resist its charm!  The only down fall, is the cap is just gold – no imprint.  I’ll forgive them that though, as the label is so photo worthy!

If you haven’t tried a beer by Clown Shoes, you should.  This brewery seemed to come out of nowhere with their clever names and tasty brew – and I’m glad they did.

The “Tramp Stamp” is a Belgian Style IPA, using Belgian yeasts and still packing lots of hop flavor.  It was a bit citrusy tasting, brewed with a little bit of orange peel – but over all it was pretty mellow and tasty.  The Belgian style yeast gives the brew a super bubbly mouth feel – one that I enjoy.

I’m into Clown Shoes lately, so be on the lookout for more pictures of their labels! 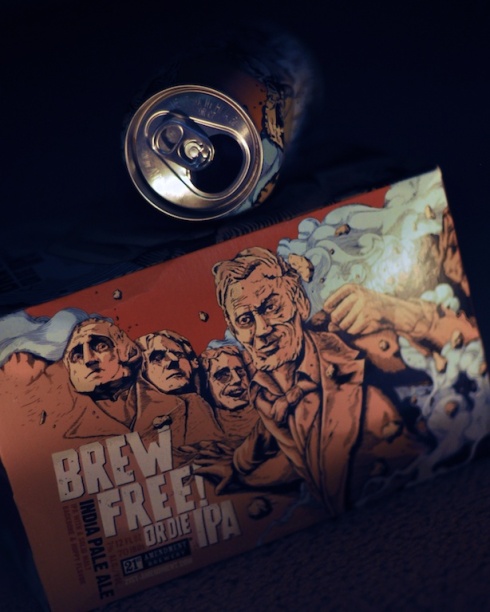 I love the illustration on these cans – it’s awesome; I always knew Lincoln was a cool guy!

From 21st Amendment, here’s an IPA that totally packs a hoppy punch!  My husband really loves it, but he really enjoys lots and lots of hops – I, on the other hand, appreciate that it’s a clean, crisp, well brewed beer (a little maltier than the average IPA, and I do love malty) but it’s way too hoppy for me.  It’s smooth up front and packs a wallop of hops in the finish – which made my tongue a little tingly!  I think if I drank a whole one of these, I may not be able to taste anything else afterward!

The fact that they package this strong IPA in cans though, is too cool!  It’s been said plenty – but we need a bigger selection of cans out there for our summer trips to the pool and beach!

If you love IPAs, you really need to check out this one – plus, with this awesome packaging, how could you resist? 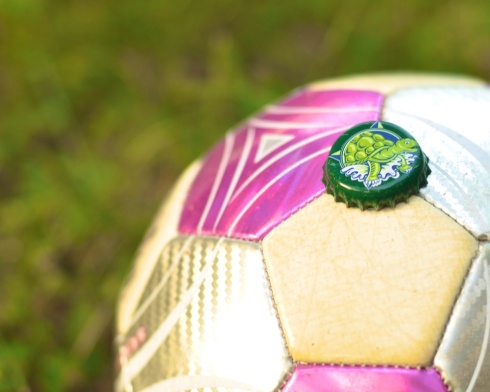 With a name like “Hopsecutioner”  you can assume it’s going to be full of hops – actually six different types of hops, to be exact!  My husband enjoys this beer and loves the complexity of the hop flavor.  I can say it’s a good beer, however I’m not a lover of hop overload, like my husband.

I hear Terrapin makes some other really tasty brews that I’d like to try – like the Hop Karma Brown Ale – which should have lots of hop flavor, but also satisfy me need for maltiness; and a Belgian Style Scotch Ale, which says it was in limited release – I bet it’s delicious! 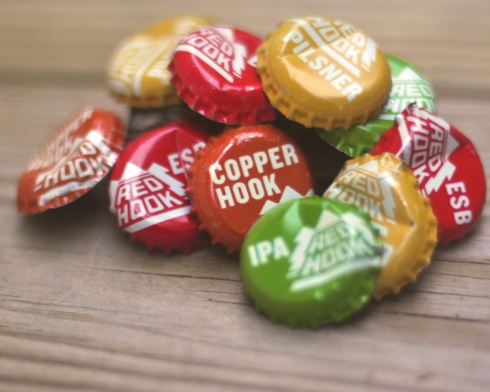 I hope everyone had a wonderful, long weekend filled with great people and delicious brew!  This weekend, we found a sampler pack in which we actually liked EVERY beer!  That is hard to come by!  Red Hook has a fabulous sampler that features their ESB, IPA, Copper Hook and Pilsner.  Normally there is always at least one beer style in the 12-packs that I don’t care for – but all of these were yummy!  If I had to pick my favorite, it would be the Copper Hook – mainly due to it’s maltiness.  My second favorite was the Pilsner (which is weird because it’s the opposite of the Copper Hook) but it is such a clean, crisp Pilsner, that it’s perfect on a hot day.

I also love the new bottle shapes they have – sort of like the “Red Stripe” bottles.  It’s enjoyable too, to pop each cap and read a new little message under each.  Seeing things like “Cheers to 12oz. curls” or pictures of bananas, just makes you smile!

If you’re looking for a sampler to please everyone, pick this one up. 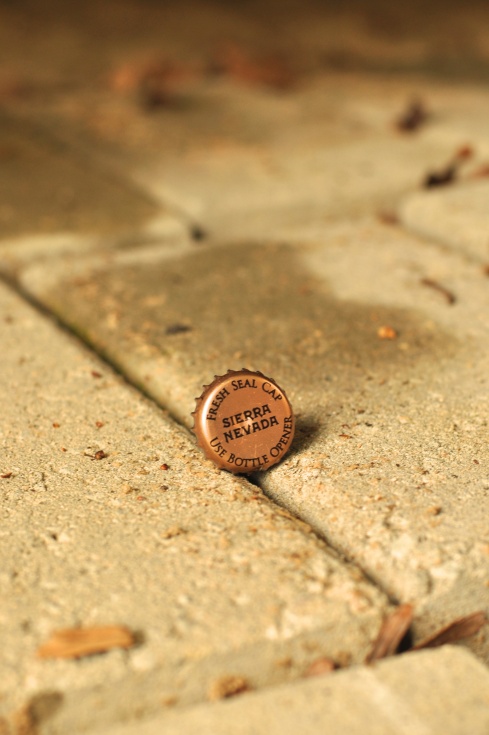 Torpedo by Sierra Nevada is some pretty hoppy stuff!  I enjoy the regular Pale, and can have one of these Torpedos, but can’t handle a second – it’s just too hoppy for me.  It kinda kills my taste buds for anything else.  My husband, on the other hand, LOVES this brew!  He actually prefers it over the regular Pale Ale by Sierra – and would probably even add some dry hop leaves on top for garnish!  Yes, I married a Hop Head!

Back in the day, I would only drink browns or wheats, I’d try a sip of my husband’s beer and tell him it tasted like erasers (the hoppy or bitter taste).  I have grown, over the years to appreciate hoppier beers, but I guess EXTRA hoppy is an acquired taste that I haven’t reached, yet. 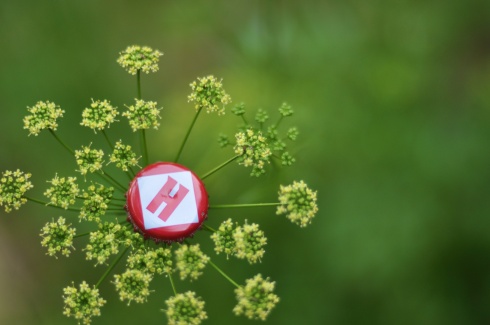 HOLY HOPS… at least that was the first thing that came to mind when I took a sip of this complex Imperial IPA from Harpoon.  This beer was packed with a ton of hop flavor, but surprisingly (and thankfully) it wasn’t too much on the grapefruit side.  I really enjoyed the thickness and body in this brew, which also weighs in at 10% ABV.

Harpoon makes great brews, and I’m interested in trying out some additional beers in this Leviathan Series.  I hear there’s a dark wheat wine-style ale out called “The Triticus”, that I haven’t tried… it’s now on my list!  Cheers!